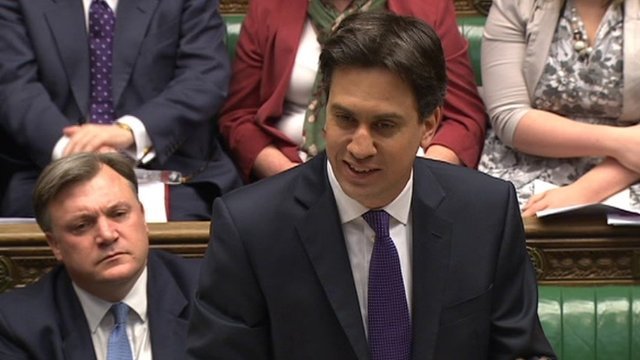 The UK unemployment rate has dropped to 7.1%, close to the point at which the Bank of England has said it will consider raising interest rates.

The ONS also said the number of people claiming Jobseeker’s Allowance fell by 24,000 to 1.25 million in December.

The issue dominated Prime Minister’s Questions in the House of Commons.

Labour party leader Ed Miliband said: “We welcome the fall in unemployment because whenever an individual gets back into work, it’s good for them and good for their family.”

But he argued that average wages were £1,600 a year lower than they were in the general election year of 2010, meaning that many families were worse off.

Even with a growing economy, these figures from the labour market exceeded all expectations.

A fall of 167,000 in the unemployment level over three months hasn’t been seen in 17 years. An unemployment rate of 7.1% has not been registered since early 2009.

It is clear that the British economy is creating jobs at a much faster rate than most analysts had predicted.

The Bank of England is among those who are junking their earlier forecasts. Last August the Bank expected the jobless rate to stay above 7% till at least 2016. But now five months later it has already fallen to within a whisker of that 7% benchmark, set by the Bank as the time when they would start considering interest rate rises.

The noises from policymakers suggest they won’t start thinking about a rate rise for some time after that 7% rate is reached. But they have some explaining to do about where their “forward guidance” policy has now got to.

Thirteen million people in Britain are living in poverty, he claimed, often within working families.

It was “the biggest ever quarterly increase in the number of people in work in our country,” he said.

The ONS figures also showed that the number of people in employment increased by 280,000 to reach 30.15 million.

The bigger-than-expected drop in the number of people out of work has raised the possibility that interest rates may rise sooner than previously thought.

The Bank of England has said it might consider increasing interest rates from 0.5% when unemployment hits 7%.

The jobs figures pushed up the value of the pound, which hit a year-high against the euro of 1.2222 euros and climbed to a near three-week high against the dollar of $1.6553.

“Especially pleasing is that the fall in unemployment is coming both from declining short and long-term unemployment, and a large decline in unemployment amongst 18-24 year olds,” said David Tinsley from BNP Paribas, who described the overall figures as “staggeringly strong”. 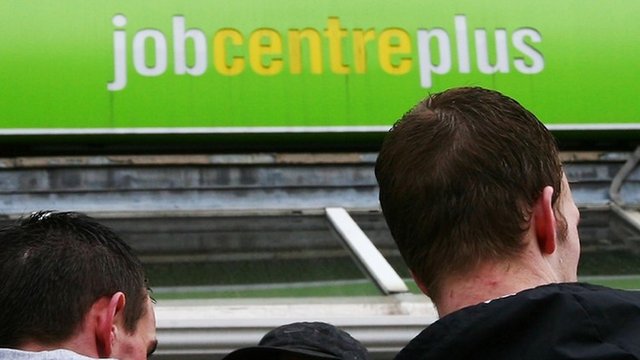 There has been a “significant” fall in unemployment, says Nick Palmer from the Office for National Statistics

Many analysts had not expected the unemployment rate to hit 7% until much later this year or next, and the significant fall in the three months to November is likely to mean many will reassess their forecasts.

A recent snapshot of views conducted by the BBC at the start of the year found that more than half the 28 economists polled thought the unemployment rate would not hit 7% until 2015.

“The rate of unemployment in the UK continues to collapse,” said Chris Williamson, chief economist at Markit.

“All eyes turn to the Bank of England to see how forward guidance will be modified to account for the far-faster than anticipated improvement in the labour market.”

But the latest minutes from this month’s meeting of the Bank of England’s Monetary Policy Committee (MPC), also published on Wednesday, indicated that the Bank is in no rush to raise rates.

Given that inflation had returned to the 2% target rate last month, and that “cost pressures were subdued… members therefore saw no immediate need to raise the Bank rate even if the 7% unemployment threshold were to be reached in the near future”, the notes said.

The MPC also said “it was likely that the headwinds to growth associated with the aftermath of the financial crisis would persist for some time yet”, reinforcing the fact it is in no rush to raise rates.

The ONS also said that average weekly earnings between September and November, both including and excluding bonus payments, rose by 0.9% compared with a year earlier.

For now, therefore, wage rises are not an inflationary pressure within the economy, and cannot be used as an argument for raising interest rates.

Separate figures from the ONS showed that UK government borrowing fell in December to £12.1bn, down £2.1bn from a year earlier.