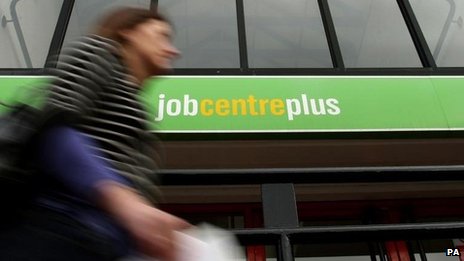 UK unemployment has fallen below two million in the three months to the end of August for the first time in almost six years, official figures show.

The number of jobless people fell by 154,000 to 1.97 million over the quarter, the Office for National Statistics said.

The drop, which is bigger than analysts expected, took the unemployment rate to 6%, its lowest level since late 2008.

However, the increase in employment over the three months marks the weakest quarterly gain since May last year, which many economists said suggested the economic recovery was slowing.

“The UK labour market remains strong. However, there are some areas of concern such as the slowest increase in employment for 15 months, which suggests that the pace of economic growth is easing,” said British Chambers of Commerce (BCC) chief economist David Kern.

To the end of May, the number of unemployed people fell by 538,000, the largest annual fall since records began.

But the number of people choosing not to seek work increased.

Those classed as economically inactive, such as students, long-term sick and those retiring early, increased by 113,000 in the quarter to more than nine million.

“Real pay continues to drop, carrying on the trend that began six years ago. Weak pay is bad news for household budgets, but also for the levels of income tax receipts and the UK’s fiscal position,” said Martin Beck, senior economic advisor to the EY ITEM Club.

And the chief secretary to the Treasury, Danny Alexander, said: “Britain is fast becoming the job creation capital of the Western economies. Because our recovery plan is working, so is the country and in record numbers.”