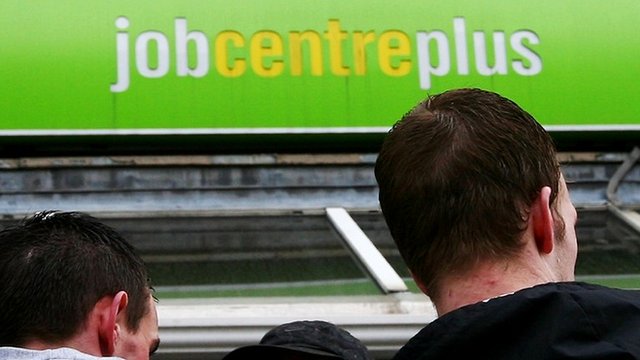 The number of people out of work in the UK fell by 125,000 to 2.34 million in the three months to December, according to the latest estimates.

The unemployment rate now stands at 7.2%, but the Office for National Statistics said the improvement in the labour market could be slowing.

Meanwhile, more women are in work than at any time since records began, at just over 14 million.

Average earnings have also increased, by 1.1% in the year to December.

Another positive set of unemployment data has underlined the strength of the jobs market.

But the ONS has pointed out that the fall in the jobless total is slower than it was. There was a rise of just 0.2% in the number of employed workers over the quarter, the self-employed total grew by 4.1%.

While inflation has fallen below the 2% target, average earnings (including bonuses) crept up, with an annual increase 1.1%, compared with the 0.9% reported the previous month. The wage squeeze is easing, but only gradually.

Latest estimates show that 193,000 more people were in work between October and December, compared to the previous three months.

The number of people claiming jobseeker’s allowance fell by 27,600 in January to 1.22 million, its 15th consecutive monthly drop.

This time last month, we made a big fuss about the rate of unemployment falling to 7.1%. This month we’re saying it’s fallen again, but now it’s 7.2%. How does that work?

Comparing the 7.2% with the 7.1% would be relying too much on a single month’s figures. The ONS says what we can read into this apparent anomaly is that the pace at which unemployment is falling has probably slowed.

However, the ONS insists the latest statistics show a fall in the unemployment rate, because the most meaningful comparisons are made quarterly in order not to rely too much on a single month’s figure.

On that basis, the rate of unemployment in the three months to December fell by 0.4% on the previous quarter, when it stood at 7.6%.

Nick Palmer, the ONS’s senior labour market statistician, said: “The main conclusion that should be drawn from these latest figures is that the rate at which unemployment has been falling is likely to have slowed down.”

Youth and long-term unemployment have also fallen, but there has been little change in the number of people classed as economically inactive, which has remained just under nine million.

“Record numbers of women are in work and youth unemployment continues to fall, which means more people have the security of a regular wage and can plan for their future,” she added.

“While today’s fall in overall unemployment is welcome, the government must not be complacent,” she added.

According to the ONS figures, the number of self-employed workers increased by 172,000 to 4.37 million.

The unemployment rate remains a key focus for the Bank of England, but it is no longer linked to governor Mark Carney’s pledge to keep interest rates at record lows.

The Bank had pledged not to consider a rate rise until unemployment fell to 7%, but with that target set to be reached much earlier than expected, the guidance has been replaced. 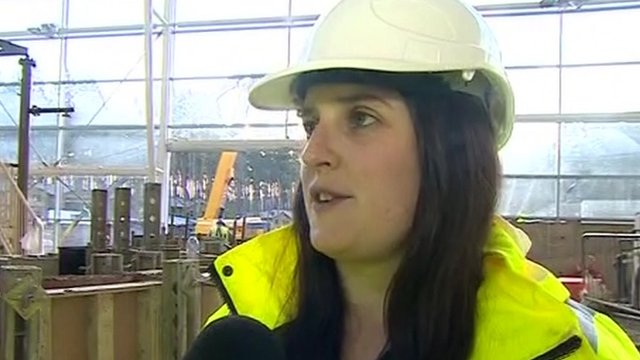 Policy will now be determined not just by unemployment, but by a wider range of indicators, including wage growth and productivity.

Mr Carney also warned the recovery was not secure and that when rates rose, they would do so only “gradually”.

Analysts say that despite the latest jobs estimates being less buoyant than in previous months, they could hint at some more positive signs for the UK economy, bearing in mind recent increases in economic growth.

Howard Archer, chief UK economist at IHS Global Insight, said: “It could be an early sign that productivity is finally starting to pick up with more companies making increasing use of their existing workers rather than taking on new workers.

“This would be highly welcome news for the economy’s longer-term growth prospects.”