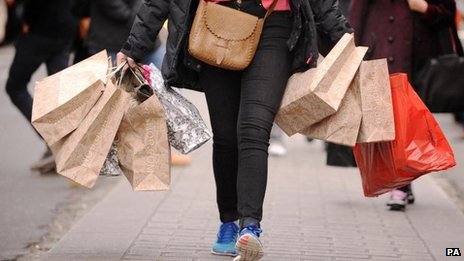 UK retail sales rose by 0.4% in August compared with the previous month, according to figures from the Office for National Statistics (ONS).

Sales volumes were up 3.9% compared with the same month a year earlier.

The ONS said there was big rise in household goods sales compared with a year earlier, led by furniture and electrical appliance stores.

It added that this had been helped by demand for high powered vacuum cleaners ahead of new EU regulation.

Under EU energy saving regulations that came into force at the end of August, companies in the EU are now banned from making or importing vacuum cleaners above 1600 watts.

The ONS also said average store prices in August had fallen 1.2% from a year ago, the largest annual fall since July 2009.

Prices at food stores were down 0.1%, the first annual fall in the sector since December 2004.