UK inflation rate falls to 1.5% in May 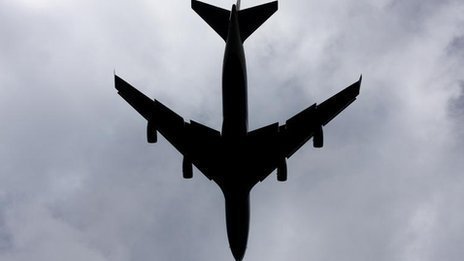 Lower fares for flights helped to push the rate of inflation down to its lowest level in four-and-a-half years in May.

The Consumer Prices Index fell to 1.5% in May compared with 1.8% in April, according to the Office for National Statistics.

It is the sixth consecutive month that inflation has been below the Bank of England’s 2% target.

A fall in food prices also helped drive down the rate of inflation.

The ONS said the price of food and non-alcoholic beverages fell by 0.6% year-on-year in May, the sharpest fall in a decade.

Falls in the price of everyday basics such as bread, cereals and vegetables drove the drop.

The rate of inflation, as measured by the Retail Prices Index (RPI) fell to 2.4% in May from 2.5% in April.

Prices, however, are still increasing faster than average earnings, which rose 0.7% in the three months to April.

The ONS said the timing of Easter, which fell in April this year, was likely to have had an impact on the rate of inflation, particularly on travel costs, which rose sharply to coincide with the Easter holiday.

Separate figures from the Office for National Statistics showed that UK house prices leapt by 9.9% in the 12 months to April to reach a new high of £260,000.

Jeremy Cook, chief economist at the currency company, World First, said the bigger-than-expected fall in the rate of inflation meant there was no rush for the Bank of England to raise interest rates.

“There is pressure on Mark Carney and the rest of the MPC to hike rates on the back of growth and housing market concerns, but given their central mandate of price stability, there is little cause to alter the current policy as it stands,” he said.

Howard Archer, chief UK and European Economist at IHS Global Insight, said he expected inflation to remain below 2% for the rest of the year and “very possibly beyond”.

“This is very good news for consumers’ purchasing power and it also affords the Bank of England flexibility, as it toys with the idea of raising interest rates before the end of 2014,” he added.