UK hiring plans at 16-year high, according to BDO report 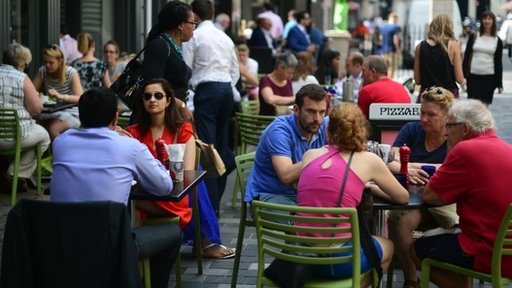 Accountancy firm BDO said its jobs index for July, which measures hiring plans over the next three months, was at its highest level since 1998.

A “significant uptick” in hiring plans by services firm in particular was driving the increase, BDO said.

An increase in the rate of job creation is expected for the rest of the year, the survey found.

BDO’s optimism index – which measures businesses’ expectations over the next six months – was at its highest level for more than a year in July.

But he warned that some services firms were already citing concerns over a shortage of skilled workers, and said “readily available and flexible labour from Europe” could help to relieve short-term pressure on businesses.

“To address this, the government must ensure its protectionist tendencies are put on hold until productivity returns to pre-crisis levels,” he added.