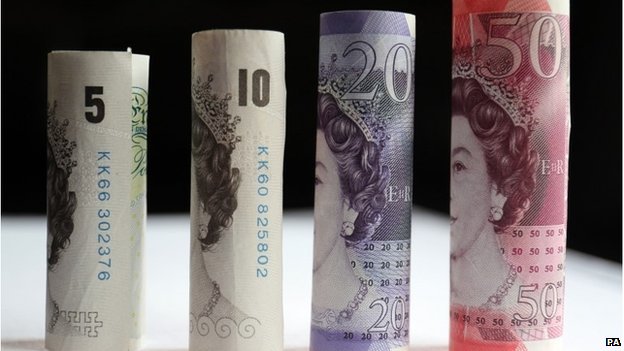 Figures from the Office for National Statistics (ONS) showed the economy grew by 0.5% in the final three months of 2014.

That was a slowdown from 0.7% growth recorded in the previous three months.

Economists were mixed over whether the loss of momentum in the final quarter might be temporary or prolonged.

The ONS’s chief economist, Joe Grice, said it was “too early to say” if this slowdown would persist.

“The dominant services sector remains buoyant while the contraction has taken place in industries like construction, mining and energy supply, which can be erratic,” he said.

She said: “There are clouds looming large on the horizon, and the general election is the biggest of these. Investors don’t like uncertainty.”

The services sector grew by 0.8% in the quarter, but construction contracted by 1.8%. Manufacturing grew by just 0.1%, its worst performance since the start of 2013.

“The main disappointment with growth in the fourth quarter was that it looks unbalanced on the output side of the economy at least,” said Howard Archer, chief UK economist at IHS Global Insight.

George Osborne: “These figures show that the recovery is on track”

But Chancellor George Osborne said the figures showed the economy was “on track”. He warned that the international economic climate was “getting worse”, and so the government must continue with its economic strategy.

Shadow chancellor Ed Balls said the slowdown in fourth-quarter growth was a concern, and that “Tory claims that the economy is fixed will ring hollow with working people” whose “wages are down by £1,600 a year since 2010”.

The ONS figures are the first estimate of fourth-quarter growth and could be revised up or down as more economic data for the three months is gathered by the statistics office. 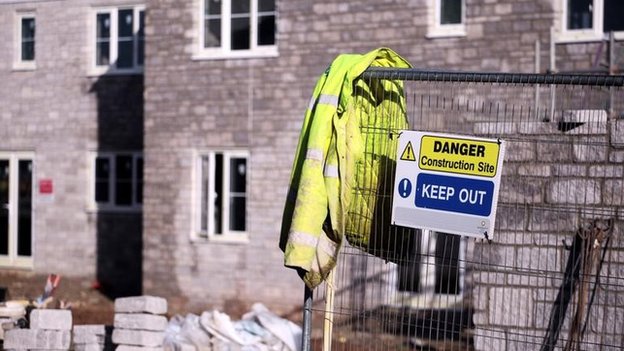 Economists at the Centre for Economics and Business Research (CEBR) said they “wouldn’t be surprised if the ONS figures are revised up over time, painting a stronger picture for economic performance at the end of the year”.

The construction data which dragged down the fourth-quarter figures were “surprising and at odds with other indicators and surveys” which presented a healthier picture, the CEBR said.

Tuesday figures mean the UK was among the best-performing of the all the major economies in 2014. US growth figures are due to be published on Friday, with the International Monetary Fund (IMF) estimating expansion of 2.4% for the year.

The IMF forecasts UK growth of 2.7% in 2015. However, Samuel Tombs, of consultancy Capital Economics, has predicted growth of 3%.

“With the recent halving of oil prices providing a timely boost to households’ discretionary spending power, credit still becoming cheaper and pay growth on an improving trend… the best days of the UK’s recovery may still lie ahead,” he said.

How significant is the slowdown in the British economy, given that the dominant service sector is still booming, but construction is shrinking and manufacturing almost back to flatlining?

The deceleration is not surprising, in view of the flatlining of the UK’s main trading partner, the eurozone.

And two of the negative influences, a fall in energy supply of 2.8% and in construction of 1.8%, are in industries that tend to be volatile.

That said, it does give pause for thought that growth is now apparently being driven to a large extent by retail and consumer spending.

We were supposed to be rebalancing, towards manufacturing and investment. And although there has been a bit of that over the past couple of years, it appears to be petering out.