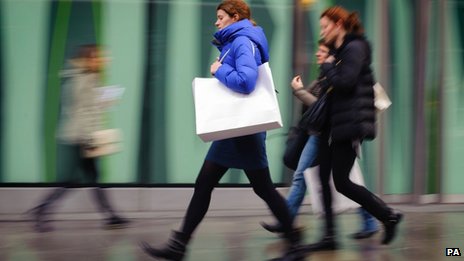 The UK economy grew by 0.8% in the first three months of 2014, official figures have confirmed, as households spent more and firms lifted investment.

The latest figures confirm the initial estimate from the Office for National Statistics (ONS) and also confirm the economy grew 3.1% from a year earlier.

The UK is now one of the fastest growing western economies.

The UK’s economy remains 0.6% smaller than its peak in early 2008, but analysts now expect this milestone to have been passed when the ONS publishes its estimate of second quarter GDP in July.

Although the estimate for first quarter GDP was unchanged, manufacturing and construction grew more than the overall figure and business investment rose by nearly 9% over the year – all helpful factors in the project to rebalance the economy.

Treasury officials say it may be partly due to city bonuses being paid late in April last year to coincide with the abolition of the 50p tax rate for high earners.

Howard Archer, chief UK and European economist at IHS Global Insight said it was “odds-on” the economy would finally surpass the first quarter 2008 peak level in the current quarter.

“It’s been a long time coming but hopefully the economy can now sustain decent growth for an extended period,” he added.

He also revised up slightly his forecast for UK economic growth to 3.1% for 2014.

Net trade had no impact on growth, after adding 1% to GDP in the final three months of 2014, the ONS added.

Services output rose by 0.9% on the quarter, its strongest pace of growth since the third quarter of 2011.

Industrial output was up 0.7% and construction grew by 0.6%.

Household spending, which accounts for nearly two-thirds of Britain’s economic expenditure, rose by 0.8%, picking up speed from the end of last year.