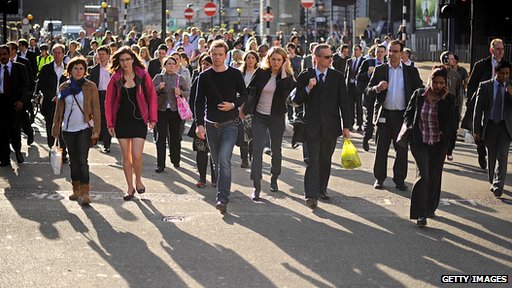 Weekly wages, including bonuses, rose by 1.7% in the year to February, up from 1.4% in January, according to the Office for National Statistics (ONS).

Earlier this week, inflation, as measured by the Consumer Prices Index (CPI), fell to 1.6%.

It is the first time that earnings have been higher than inflation for six years, apart from two months in 2010.

Earnings move above cost-of-living increases. That headline will dominate much of the debate around these labour market figures.

The inflation rate of 1.6% covers the year to March, while the 1.7% rise in average earnings including bonuses is the annual rate recorded between December and February. But the broad trend is clear.

The squeeze on workers’ living standards which has persisted more or less continuously since 2008 is technically over.

That being said, on one estimate, real wages have declined 10% over that period and it may be a while before the lost ground is clawed back.

The drop in the unemployment rate to 6.9% is noteworthy, though less important to the Bank of England since it amended its forward guidance policy on interest rates.

It is worth noting that of the 239,000 increase in those in work over the quarter, 146,000 was self-employment. The debate over how many of the self-employed are there only because they have lost jobs elsewhere will continue.

However, when bonus payments are excluded from the figures, wages rose by 1.4%, still below the rate of inflation.

The latest figures for wages measure the three months to February. At that time CPI was at 1.7%.

Other statistics from the ONS show how inflation has eroded the value of pay over the last six years.

Although the figures suggest that people’s purchasing power is now improving, it will be several years yet before real wages are back to the level they were before the financial crisis.

The Office for Budget Responsibility (OBR) has estimated that real incomes will not return to their 2009-10 levels until 2018 at the earliest.

And since the start of the financial crisis, real pay has fallen by a “colossal” 10%, according to Capital Economics.

That is said to be the biggest fall in any five-year period since the 1920s.

However, the government has said that all but the top 10% of earners are already seeing their incomes rise, once tax cuts are taken into consideration. 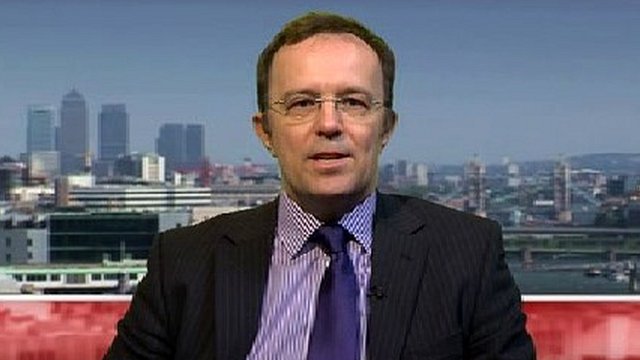 The latest figures for average wage rises also conceal a marked divide between workers in the public and private sectors.

Those in the private sector are now enjoying average annual rises of 2%, including bonuses.

By contrast, those in the public sector are only seeing rises of 0.9%.