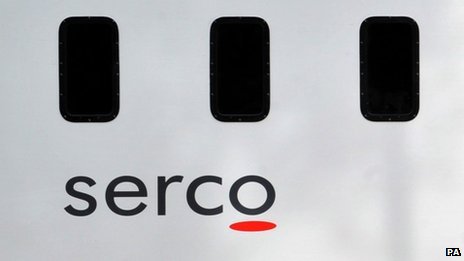 Outsourcing firm Serco has said profit plunged 62% last year after it was hit by costs relating to the scandal over its criminal tagging contract.

Settling with the government, who accused Serco of charging for tagging people who were either dead or in jail, accounted for the largest part of £90.5m in one-off costs.

On top of this, it paid £21m in other indirect costs.

It was a “difficult year”, said acting boss Ed Casey.

“The events of 2013 absorbed management’s focus and, therefore, interrupted the normal process of improving efficiency and developing our business into new areas,” he added.

Rupert Soames, the current boss of engineering firm Aggreko, is to take over as Serco chief executive in June.

For the year, Serco reported a 5.6% rise in revenues.

Despite the tagging scandal, in the UK revenues rose 3% thanks to growth from new contracts won in 2012.

However, the revelations led to a freeze on it bidding for lucrative UK government contracts until the end of January, which Serco said had hit the development of its business in “certain other sectors”.

Investigations by the Serious Fraud Office (SFO) into allegations that it overcharged for tagging offenders are ongoing.

The firm said the outlook for this year was also “challenging”, saying that it faced more contract losses than expected, as well as lower-than-expected growth from new contracts awarded.

However, Mr Casey said he was confident that Serco would return to growth.