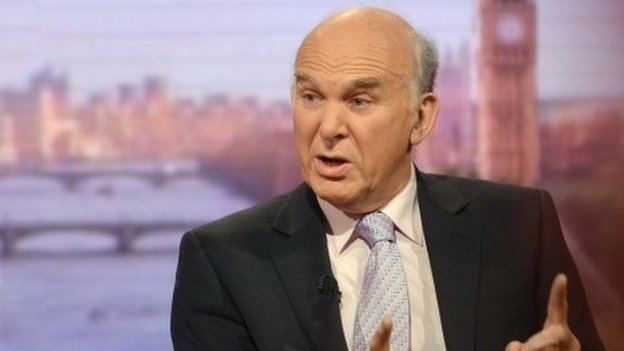 Business Secretary Vince Cable is being recalled by MPs to give more evidence over the privatisation of Royal Mail.

The announcement follows a report by the National Audit Office last week saying the government could have achieved better value for money for taxpayers through the sell-off.

Mr Cable will be questioned for a second time on 29 April by the House of Commons Business Committee.

Business minister Michael Fallon will appear alongside him.

Royal Mail shares are more than 70% higher than their 2013 sale price.

Labour has called the privatisation a “first-class disaster”, but Liberal Democrat Mr Cable has insisted the government was “right to take a cautious approach” to price-setting to ensure that it went smoothly.

He refused to apologise and said the sale had raised £2bn for the taxpayer, with a further £1.5bn from the 30% stake in Royal Mail which it had retained.

The privatisation of Royal Mail took place amid huge public interest and the shares rose by 38% from 330p to 455p on their first day of trading, meaning taxpayers had lost out on at least £750m in the sale.

In last week’s report, the National Audit Office was critical of the government’s approach.

Its head, Amyas Morse, said: “The [business] department was very keen to achieve its objective of selling Royal Mail, and was successful in getting the company listed on the FTSE 100.

“Its approach, however, was marked by deep caution, the price of which was borne by the taxpayer.”

Demand for Royal Mail shares was 24 times the maximum number available to investors, the NAO said, but the banks overseeing the sale had advised there was not sufficient demand to justify a significantly higher figure.

The Business Select Committee is compiling its own report on the privatisation.

Mr Miliband said Mr Cameron was “not so much the ‘Wolf of Wall Street’ as the ‘dunce of Downing Street'”.