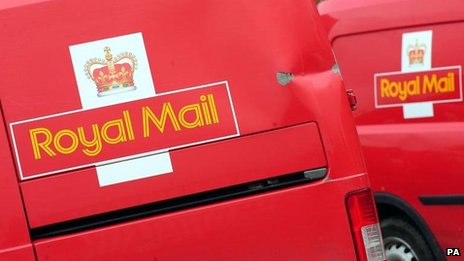 Royal Mail is planning to cut 1,600 roles as part of a drive to cut costs, mainly among its head office managerial staff.

The postal delivery service says the net effect will be 1,300 job losses, as it plans to create 300 new or enhanced roles at the same time.

It says the cuts are part of its aim to make cost savings of £50m a year.

Royal Mail – which currently employs about 150,000 people in total – said it would start consultations on the job cuts with both Unite and CWU on Tuesday.

It emphasised that the cuts would have “no impact” on frontline employees including postmen and women.

Royal Mail chief executive Moya Greene said the cuts were necessary for it to “effectively compete in the letters and parcels markets”.

The company, which floated on the London Stock Exchange last year, said 50,000 of its employees had left since 2003.

“Unite is demanding a commitment to no compulsory redundancies on fair terms and an effective method for redeployment within the restructured organisation. If Royal Mail refuse we will have no alternative than to consider a ballot for industrial action.”

It had originally expected transformation costs for the period to be £160m.

Despite the costs, it said it still planned to invest about £1.2bn into the business between 2013 and 2015.