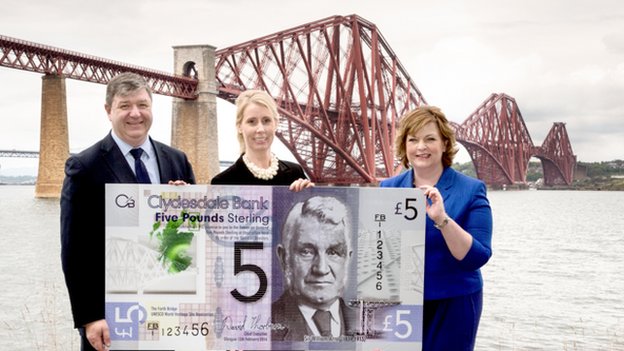 The first plastic banknotes in Britain will be in use next year when two million £5 notes are issued by Clydesdale Bank branches.

The bank is authorised to issue Scottish banknotes, and will release the limited edition notes the year before the Bank of England puts plastic banknotes in general circulation.

The new polymer note features the Forth Bridge on its 125th anniversary.

Banks say polymer notes stay cleaner and are more secure than current ones.

More than 20 countries around the world have adopted polymer banknotes.

A plastic note was introduced in the Isle of Man in 1983 but was withdrawn in 1988 owing to problems with the ink.

Adopters of the notes include Canada, whose last central bank governor – Mark Carney – is now the governor of the Bank of England.

Production of the new Forth Bridge banknote is scheduled to coincide with the 125th anniversary of the structure’s opening in March 2015.

It also celebrates the bridge’s nomination for the UNESCO World Heritage List in 2014. 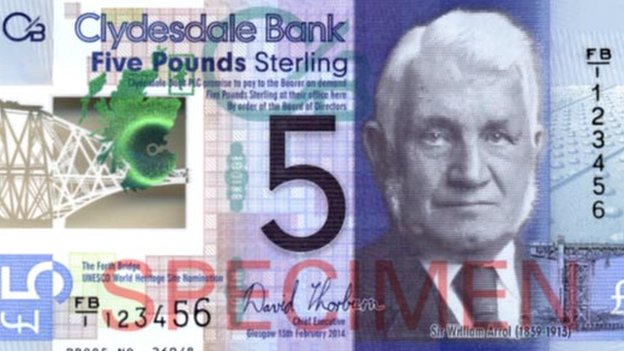 The banknote will go into production in March next year 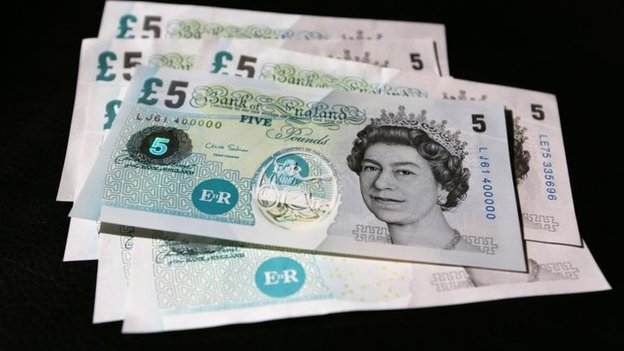 Polymer banknotes, similar to these samples, will be issued by the Bank of England in 2016

The note also features a portrait of Sir William Arrol, whose company constructed the bridge among many other landmarks in Scotland.

It is smaller than the existing currency, which is made from cotton paper, but will still fit in ATMs, the bank has said.

Plastic banknotes are said to last for 2.5 times longer than paper banknotes. They will survive a spin in the washing machine, but will still melt under extreme heat such as an iron.

Three banks in Scotland, including Clydesdale Bank, and four in Northern Ireland are authorised to issue banknotes.