Next annual profit jumps by 12% 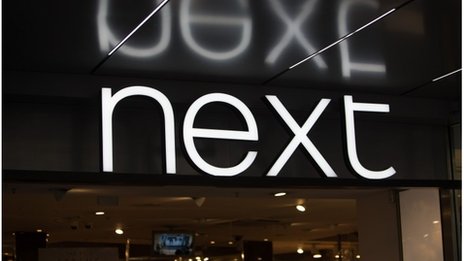 Next has reported a 12% increase in annual profits to £695m.

The UK fashion retailer also reported a 5.4% growth in sales to £3.7bn to the end of January, and increased its expectations for the year ahead.

Sales via its online and catalogue business, Next Directory, grew by more than 12%, while sales at its stores grew by 1.7%.

For the first time Next’s annual profits are poised to exceed those expected from rival Marks & Spencer.

Next’s chairman, John Barton, said 2013 had been a “great year” for the retailer.

And the company’s chief executive, Lord Wolfson, said he was also optimistic that the “modest improvement” in the consumer economy would continue through 2014, as wages slowly close the gap with inflation.

Next is now set to make more money than Marks & Spencer for the first time in its history, with the latter’s pre-tax profits expected to be about £628m when released in the summer.

However, he warned “conditions are likely to remain far from buoyant and there are real risks to the sustainability of the current recovery”.

He also cautioned that most of the increase in consumer spending last year had been credit-fuelled.

“If anything has been learnt from the last ten years, it is that credit cannot continue to grow faster than wages forever,” he added in a statement.

“Until we see significant increase in the supply side of the economy (profitable investment and improved productivity), we cannot bank on a return to sustained growth.”

Next has forecast sales growth of up to 8% this year, raising its previous estimate of 4%. And it expects profits in 2014 to rise by up to £770m.

It also said it would increase full year ordinary dividends by 23% to £1.29.

Over the past year it returned £461m to shareholders through share buybacks and dividends, having said it had amassed more cash than it could productively invest in the business.