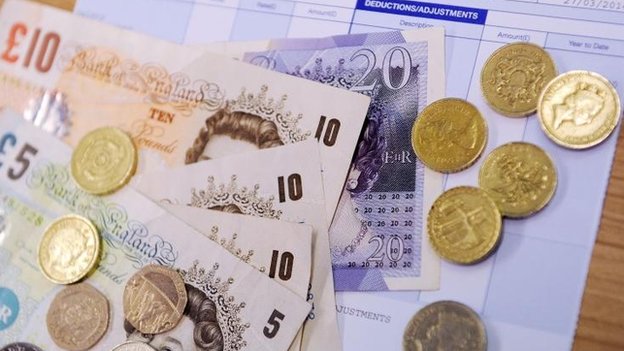 Plans to allow the tax authority to settle unpaid demands by taking money from people’s bank accounts have been criticised by a group of MPs.

The Treasury Committee says it is very concerned because tax officials have a history of making mistakes.

Chancellor George Osborne unveiled the plan at this year’s Budget.

But in a wide-ranging report, the committee did welcome another Budget plan – to allow greater flexibility on how pension savings can be used.

In the Budget, Mr Osborne outlined plans for new powers for HM Revenue and Customs (HMRC) to recover tax debts from anyone who owes more than £1,000 in tax or in tax credits.

This would allow the tax authority to seize the tax owed directly from debtors’ bank accounts.

But the committee said the plan was problematic owing to HMRC’s performance in the past when it has failed to accurately calculate tax bills.

“Some taxpayers may find money taken from their accounts that later should be paid back. That would be unacceptable.”

He said the committee also had “deep reservations” about changes to tax policy that would require upfront payment of any disputed tax associated with tax avoidance schemes.

“Retrospection should be considered only in wholly exceptional circumstances. The latest measure would have to be justified on those grounds,” Mr Tyrie said.

“Retrospection puts policy on a slippery path to arbitrary taxation, discouraging investment and innovation and creating the scope for great unfairness.”

Committee member Mark Garnier, a Conservative MP, said at the moment HMRC needed a court order to be able to seize money from accounts.

The committee is concerned that the current system of checks and balances could be upset. 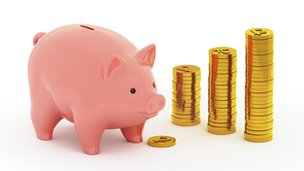 “What we worry about is… that essentially HMRC will be acting as judge and jury,” Mr Garnier told the BBC.

HMRC recently explained how the system will work.

It will only target those who have long-term debts and have received at least four demands for payment and will ensure that at least £5,000 is left in total across all debtor’s accounts, including savings accounts, after the unpaid tax is seized.

HMRC will freeze the amount owed in accounts for 14 days to allow time for a debtor to pay before the money is seized.

The Low Incomes Tax Reform Group has called on HMRC to give more concrete assurances about the right to appeal against any seizure.

But the ACCA accountancy body, which after the Budget described the plans as “seriously draconian”, now calls them “less fearsome than first thought” after more detail was published.

“On paper, the safeguards look relatively robust, and the reality is it is unlikely that anyone will be left penniless,” said Chas Roy-Chowdhury, head of taxation at the ACCA..

The plans are now going through a consultation process. If approved by Parliament, they will take effect in 2015-16.

The Treasury committee also called for pensions and savings to be taxed in the same way. 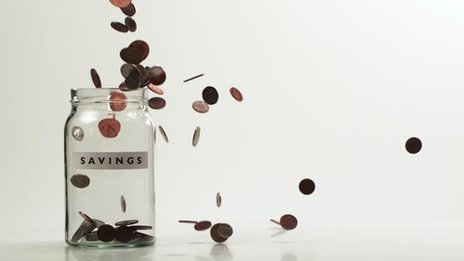 The Budget included major changes in the way people save

The most eye-catching measure in Mr Osborne’s Budget was a plan that effectively abolishes the requirement for some people to buy an annuity – a retirement income for life.

From next year millions of people reaching retirement age will be able to spend their pension pot in any way they want, including cashing in their pension savings in one, taxed, lump sum. Temporary rules are in place in the meantime.

The committee said that all of the witnesses it heard from welcomed the “greater flexibility and choice” that the reforms proposed.

However, it said the guidance that was being promised ahead of retirement should be clear and at least offer an opportunity of face-to-face help.

The changes are likely to lead to the creation of a variety of new financial products for retirees, and the committee said these must be sold responsibly.

“Following the financial crisis, and the mis-selling scandals, the reputation of the industry is under scrutiny,” said Andrew Tyrie, who chairs the committee.

He added that it would be a “great prize” were the tax treatment of pensions and savings treated in the same way.

The chancellor announced an extension to the amount that could be saved in an tax-free Individual Savings Account (Isa) from 1 July 2014 to up to £15,000 either as cash or shares.