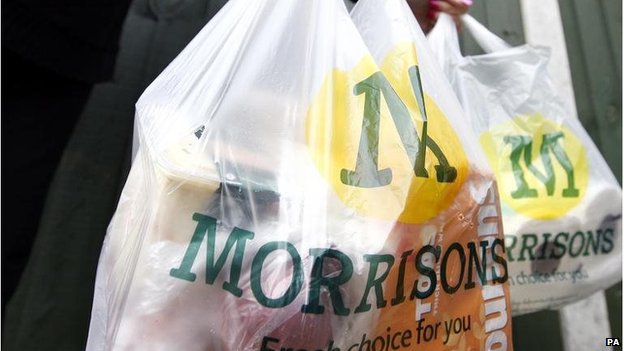 UK supermarket chain Morrisons plans to cut 2,600 jobs as a result of changes to its management structure.

The firm will reduce layers of management, it said.

Morrisons has tried out the new structure and says it led to better performance. The supermarket has 126,000 staff.

Dalton Philips, Morrisons’ chief executive, said: “This is the right time to modernise the way our stores are managed.”

He added: “These changes will improve our focus on customers and lead to simpler, smarter ways of working.”

The roles at risk include department manager and supervisory positions in stores, says the company.

The supermarket will also create 1,000 jobs in Morrisons M local convenience stores and 3,000 in new supermarkets. Morrisons will “look to offer displaced colleagues the opportunity to work in these growing businesses”, it said.

Joanne McGuinness, Usdaw’s national officer representing Morrisons workers, said: “The next few weeks will be a worrying time for our members in Morrisons and we will do everything possible to support them. Today marks the start of a 45-day consultation period, where we will look in detail at the company’s business case.

“Our priority will be to safeguard as many jobs as possible, maximise employment within the business and get the best possible outcome for our members affected by this”.

The changes come amid increasing pressure on Mr Philips after the Bradford-based chain posted an annual loss of £176m in the year to February and recently announced a 7.1% drop in quarterly sales.

The supermarket has already announced £1bn in price cuts over three years, launched an online operation, expanded its presence in the convenience store sector and moved to update antiquated IT systems.

It is not the only supermarket struggling. In March, Sainsbury’s reported its first fall in sales for nine years.

Sainsbury’s chief executive Justin King said the supermarket had continued to invest in reducing prices and improving quality in a “challenging market”.

The big four supermarkets – Tesco, Sainsbury’s, Asda and Morrisons – are being squeezed by low-cost rivals such as Aldi and Lidl, as well as upmarket chains such as Waitrose.