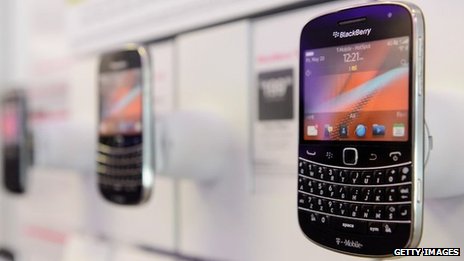 Blackberry hopes it can turn the corner under boss John Chen

However, in the three months to 1 March it recorded a smaller-than-expected loss of $423m, compared with a loss of $4.4bn in the previous quarter.

The company said it was pleased with its fourth quarter performance, and that it was on “a path to returning to growth and profitability”.

Boss John Chen said the firm was moving to a “sounder financial footing”.

Blackberry devices have recently lost out in the high-end smartphone market to Apple’s iPhone and phones powered by Google Android operating system.

As part of its turnaround plan the firm is focusing on its services arm, and is also putting renewed emphasis on its keyboard devices.

Mr Chen was appointed as interim chief executive in November 2013.

“The guy is on the move fast,” said Colin Gillis, an analyst at BGC Partners. “He can control expenses but you can’t magically make revenue happen.”