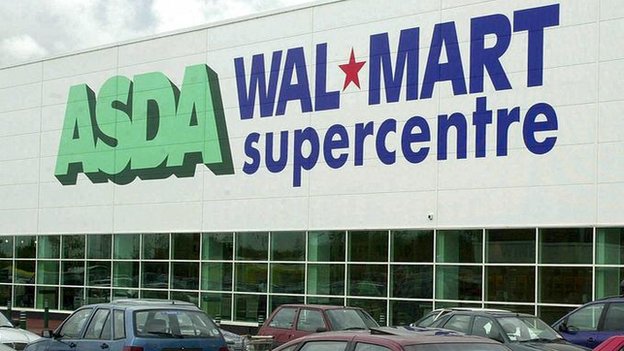 Supermarket giant Asda will create up to 12,000 UK shop posts over the next five years, its US owner Wal-Mart has said.

The strategy of the UK supermarket chain has the potential to create the posts, Wal-Mart said.

Mr Cameron said that the new jobs would “give people financial security”.

“I am delighted that Asda is continuing to invest heavily in the UK, creating another 12,000 jobs that will give people financial security for the future,” Mr Cameron said.

Mr McMillon said: “A seismic shift in the structure of the retail market is underway – not just in the UK – but right across the world. Asda recognised the change in its market and took early action to develop and implement a strategy that will see it grow – creating more new jobs and bringing real value to more customers in the UK.”

BBC business editor Kamal Ahmed said: “This is the first time Asda has put a jobs number on its five-year strategy, which it announced last November. The jobs are a cautious estimate and could be higher.”